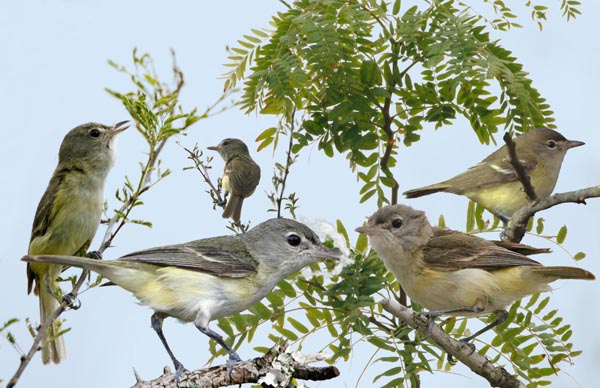 Uncommon in scrubby areas in e. of range, mesquite in w. Active for a vireo, though often hard to see in dense vegetation. Often flicks tail. E. populations tend to average brighter and shorter-tailed, often leading to confusion with WEVI. BEVI is smaller, slimmer, and longer-tailed. Has narrower wing bars, paler bill, dark eyeline and pale 'eyelids' rather than 'spectacles.' Fall birds in fresh plumage/1st-w. are greener with broader wing bars. Warbling song but still vireo-like.