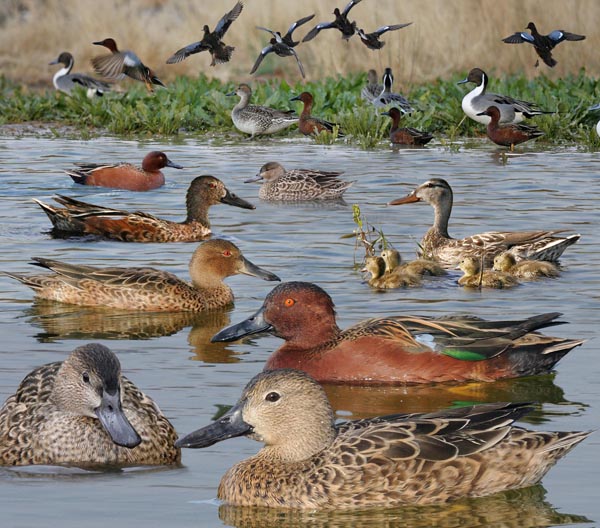 Scarce visitor to w. part of range. Mega rare in the E. Barely enters region as a breeder in mostly alkaline wetlands. Often seen with slightly smaller but similar BWTE. Look for the large warmly colored female. Males not a problem. ID: Males distinctive color. Bold red eye in all males over a few months old. Females are like a BWTE on hormones - slightly larger and bigger-billed with warmer colors. Juvs appear as female. Imm male gets some cinnamon feathers and red iris from late fall on. Wing pattern as BWTE. Beware of noticeably larger NOSH. The latter are longer- and broader-billed with flatter forehead, but Cinnamon can give an impression of NOSH.