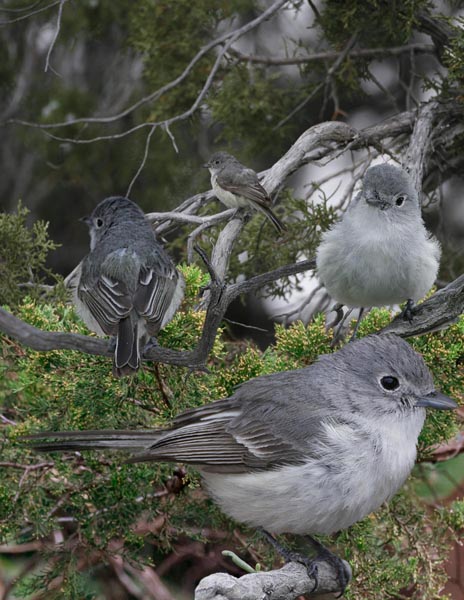 Uncommon and local in hilly arid areas with junipers. Active before midday heat, it moves longish tail like a gnatcatcher. Best found by typical vireo-like song. Best described as a LGJ (little gray job) for its blandness and lack of field marks. Gray, paler below. Weak wing bar and weak spectacles. Noticeably 'rounded' with a pot belly and smoothly domed head. Habitat alone is a big clue!