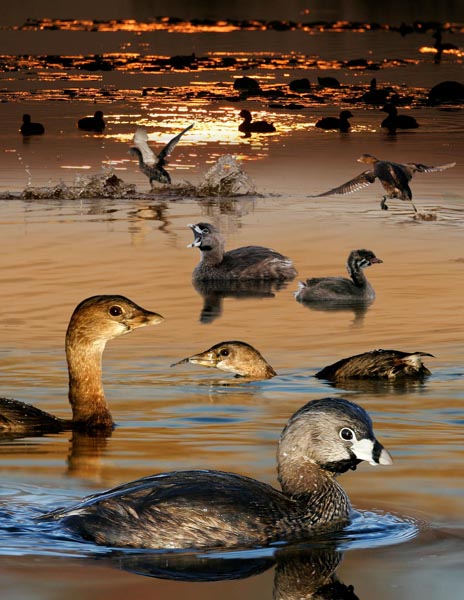 Widespread and fairly common but usually in singles or pairs. Found wherever there is water and adequate food. Prefers area with vegetation but can be found anywhere in winter. Although the commonest grebe in many areas, can be illusive and easily overlooked due to size and behavior. When approached tends to submerge quietly, like a submarine, rather than fly. ID: A small compact grebe with broad, short, pointed bill. Brown overall appearance, slightly darker on back as year progresses. Breeding birds develop black ring on bill (bill and ring larger in males), dark on crown, and have striking black bib. Juv has striped head, a few keep pattern through winter but most molt and appear as nonbr after several weeks. Rarely flies. More often seen running across water with wings flapping. No wing bars. Vocal.