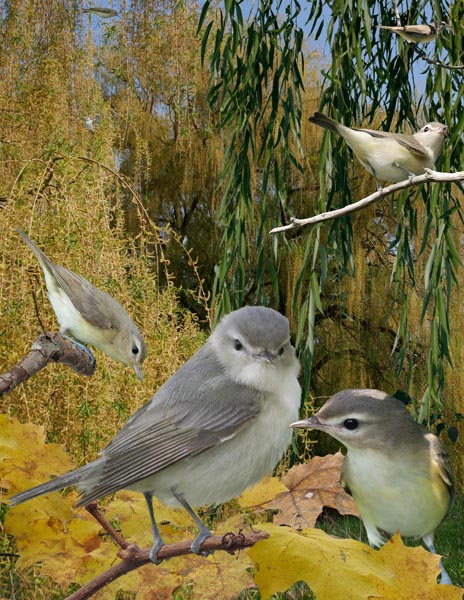 Fairly common in deciduous woods, particularly willows near water. Stays high, singing a lot - a fast and musical warble with scratchy tones but unlike a vireo in many ways. On migration, often joins mixed flocks. ID: Variable in coloration. Usually pale gray but some bright yellow. Open-faced and dark-eyed look with a hint of an eyeline just in front and behind eye. Supercilium is often broadest just behind eye. Pale base to bill enhances bland expression. Sometimes confused with PHVI but WAVI has different facial pattern with pale lores, longer bill and tail (usually held looser), lacks contrast between primary and greater coverts, yellow brightest on breast sides, usually much paler appearance and very different song.