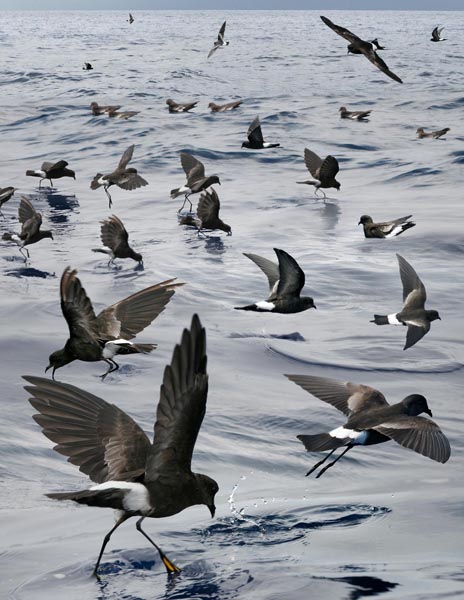 Very common summer visitor offshore; hard to miss from a boat. By far the most likely storm-petrel to be seen. 'Small black things with white' often swarm around food and 'patter' on or 'pogo-stick' off the water. Seen close to shore in strong winds or following food (often in very calm, hot weather). ID: Smaller and more compact than other storm-petrels with shorter wings; shorter and broader tail appears square or slightly rounded (tail feathers often held in 'U' shape, which can appear as notch). Striking broad white rump. Fluttery swallow-like flight followed by glides, often back and forth across water. Wing profile changes based on behavior but usually straight trailing edge and evenly curved leading edge. Legs and feet (yellow webs) extend past tail, sometimes easy to see.